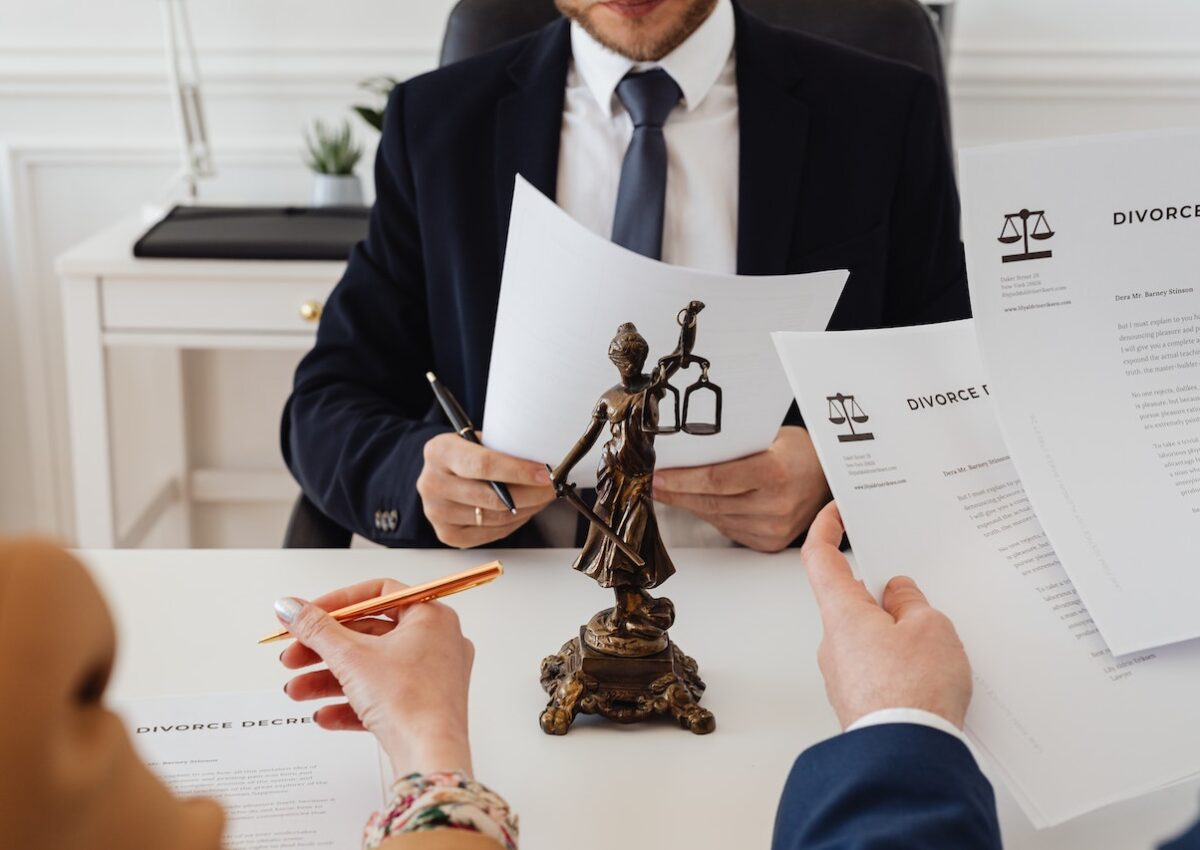 Legal Services for Divorce in Indore

Advocate J.S. Rohilla is a Divorce Lawyer in Indore for Legal Services for divorce in Indore. He is specialist in all Civil and Criminal matters. His mission is to take a genuine interest in our clients, understand their objectives, and meet or exceed their expectations. His Mission is to educate people and make the information available online related to Divorce laws in Indore & India. He aim to provide knowledge &  answer to all the questions of our clients via email / phone & personal appointment. His Mission is to work the betterment of the community by providing them right online tools and resources to educate themselves.

LEGAL SERVICES FOR DIVORCE IN INDORE

Mutual Consent Divorce came into force by act of the Parliament of India amending the Hindu Marriage Act in 1976.

Since coming into force, Mutual Consent Divorce has brought reassurance to many Indian citizens. Our firm understands this and, when we consider it appropriate in the circumstances, we will suggest this as a way forward to clients in order to avoid long, costly and drawn out litigation.

We specialise in creating an atmosphere where the parties to a Mutual Consent Divorce can communicate in an open manner, minimising the stress and grief involved.
Once a husband and wife have come to the realisation that their marriage is no longer sustainable, though it is difficult, they should openly accept that their marriage has broken down. These decisions are not easy, and society often places pressure on couples to stay together, however, the happiness and quality of life of the husband and wife is more important than these issues. Further, raising children in an environment where a marriage has broken down can have an extremely negative impact on children.

We will assist in working out how the custody of children is arranged, noting that it is most important that the welfare of the child or children is the primary concern. This includes physical custody, visitation, and interim custody during holidays. Ideally, we like to see both parents take an active role in the raising and development of their children and will strive for this.

Once the Petition has been filed, the parties will be required to attend Court to record the necessary statements. Power of attorney can be granted in situations where a party is unable to attend, though this is normally granted to a close relative. The recording of this statement is colloquially known as the First Motion.

After a period of no less than six months has elapsed from the First Motion, the parties can then move to have the Second Motion heard. This period of time is there to allow possible reconciliation between the parties. Also, either party can withdraw their consent to the divorce proceedings in this period.

However, if the parties seek the Second Motion, they or the person who has been granted power of attorney will need to again appear in Court. Another statement will be recorded. Thereafter the Court will then grant a decree of divorce and the marriage will be dissolved.

As a Divorce Lawyer in Indore handling divorce related matters you may give us a call to discuss your case.

A party can seek annulment of his or her marriage by lodging a petition. There are a number of circumstances under which such a petition can be lodged, which we have expertise in. Once the petitioning party is successful in proving his or her case, the marriage will be declared null and void. The practical effect of such a declaration is that the Court finds the marriage has not taken place at all, but the parties are not labelled as “divorcees”.

In the Indian framework, annulment of marriage is important as it provides a mechanism for situations where a marriage has been solemnized under fraud or where one of the spouses is already married.

It is well known that matrimonial disputes have a large effect on the emotions, mental health, egos and feelings of the parties involved.  Human nature is unfortunately difficult to predict.  Accordingly, it can be difficult to see that, on occasions, we may not necessarily be correct or right in our views or actions and, equally, that others may be right, even though that may not support a position or view held.  Ultimately, no one is perfect.

Having perspective relating to other people’s points of views and positions can help relationships succeed. However, this is not always the case. In these situations, the engagement of a counsellor or mediator may be warranted and prudent. Counsellors and mediators are always impartial and can look at the situation involving the parties in an objective manner. In many cases, counsellors and mediators can and will make suggestions to the parties to help resolve issues and rebuild and repair relationships that have fractured.

That said, there are always cases where counselling and mediation may be futile, though it is hoped these are rare.  In these circumstances the counsellor or mediator may suggest that divorce is the best option for the parties.  Though this can be difficult to accept, it is sometimes the case where a relationship is beyond repair and the spouses are unable to reconcile their differences or solve their problems.

However, in any situation, mediation and counselling can be beneficial. All issues can be addressed and the interests of all the parties will be considered, which is particularly important when dealing with issues like child custody and divorce.

Accordingly, we suggest and facilitate counselling and mediation in any situation where we think it might be beneficial to the interests of the parties, and may save time, costs and stress.

Non-resident Indians, Indian citizens who have either settled abroad or are temporarily abroad on work permits, involved in matrimonial difficulty can face particular difficulties when confronted with complex issues such as divorce, annulment of marriage, child custody and other legal proceedings.

Non-resident Indians have the ability to file their applications for divorce in India. However, direct contact and communication with their prospective divorce attorney in order to understand the complexities and issues around trans-border divorce cases and Non-resident Indian divorce laws can be challenging.

We have expertise in this complex field of divorce with Non-resident Indians. Court proceedings can be expensive, time-consuming and emotionally challenging. Accordingly, our specialised service helps to minimise these issues. Our team can and will attend court hearings for our clients and keep the need for attendance by a party not resident in India to a minimum. We also embrace alternative methods minimising the need for lengthy travel of our clients, such as video-conferencing and divorce by mutual consent power of attorney. These methods ensure that our clients do not need to travel large distances and lose time in attending court.

Further, we constantly update our clients as to the status of the court proceedings and ensure that any questions they have are answered promptly. We are flexible in our availability and always do our utmost to support clients. This has allowed us to achieve results for our clients not resident in India in resolving disputes they have.

Maintenance is an important part of all matrimonial proceedings.

An application for maintenance is filed by a spouse who does not have the means in which to support themselves and, thus, requires maintenance.

Maintenance is divided in to two parts, specifically:

PERMANENT MAINTENANCE: Permanent maintenance is decided at the conclusion of matrimonial proceedings.  The Court will make an order or orders for maintenance on a permanent basis.  These orders will depend on the facts and circumstances of the case itself and how the Court ultimately finds.

Once judicial separation has been issued by decree, so long as the parties have not cohabitated for a period of no less than twelve months, the parties can then apply for divorce.

Judicial separation proceedings can also be, subject to the Court’s approval, be converted into divorce proceedings.

Let us know more into detail about Judicial Separation in Indore.

By far the most complex, difficult, challenging and important issue during divorce proceedings is that of child custody. It is often the case that children of any age are exposed to pain and suffering that is no fault of theirs. In almost all cases, both parents want to retain custody of their child or children.

In the Indian system, the custody of children is decided by the Court of Guardians and Wards. The Court holds the welfare of children as the most important issue to be decided in proceedings where custody is being sought by both parties.

PERMANENT CUSTODY: After determining all the issues before it, the Court will grant custody of the children to one party.

Matrimonial proceedings are currently not confined to the civil and family law jurisdiction.

In many cases, where cruelty or harm is caused to a wife by a husband or relative in relation to dowry demands, under section 498A if the Indian Penal code a criminal case is filed against the people who caused the cruelty or harm.

Further, cases can be brought under section 406 of the Indian Penal Code for breach of trust alongside of provisions of the Code and the Dowry Prohibitions Act.

At first instance in matters of this nature, the defendant(s) has to apply for interim protection, anticipatory bail and regular bail, though it is not only limited to there.

We have expertise in both defending and prosecuting cases of this nature. We have lengthy experience in court procedures, as well as attempting to negotiate and settle the issues as expeditiously as possible. This minimizes the potential harm done in matters of this nature.